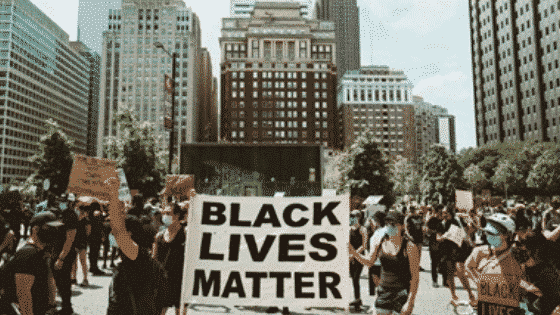 There have been several allegations of law enforcement officers engaging in police brutality. One protester captured a video of a law enforcement officer removing a protester’s mask and then spraying pepper spray into the protester’s face. Others accuse the Philadelphia police of shooting at innocent people who were not causing disruptions. The Philadelphia Inquirer created a timeline of police brutality in their special report entitled “Black and Blue.”

They note that police officers were initially told to cover up their badge numbers so protesters could not identify them. After complaints erupted about the lack of accountability with law enforcement officers, the Philadelphia Police Department required their officers to keep their badge numbers on display. Law Enforcement Officers also used tear gas on protesters in West Philly, which is predominantly black. The officer who sprayed a protester with pepper spray has since been fired, but the incident raises questions about how many other incidents of police brutality have taken place since the worldwide George Floyd protests erupted in March. As we will see below, the protests will likely not die down until after the New Year, especially with the election happening in November.

Protests Erupted in Philadelphia Due to the Breonna Taylor Case

There have been several incidents of police firing into crowds of protesters and the mayor of Philadelphia recommended that businesses board up their storefronts if they are easily susceptible to vandalism. Law enforcement agencies around the country are gearing up for even more protests related to the 2020 election. Philadelphia residents are always at risk of police brutality, but they are especially at risk during massive protests.

The 6,500 member Philadelphia police force has been the subject of 188 different complaints filed by civilians, many of them involving allegations of police brutality. WHYY news and Billy Penn investigated these complaints. They found that Philadelphia has some of the most complaints against police officers when it comes to major cities. They also found that the police department has a lack of transparency regarding police discipline records. In 2006 alone, Philadelphia law enforcement shot and killed 22 men, one of whom was Angelo Slaughter. Slaughter’s family maintains that he had his hands up when the police officer shot him.

If you or your loved one have been the subject of police brutality in Philadelphia, you may have a right to compensation. Police brutality happens when police officers make an illegal arrest, use excessive force against the subject, or falsely imprison someone. When Philadelphia police officers use excessive force, such as pepper-spraying a protester who is not a threat, they violate the suspect’s constitutional rights.

Police officers can only use Force against a suspect when it is necessary to defend themselves. The police officer must show that he or she was at risk of death or serious bodily injury, or that he thought the subject was a severe threat to the public and the suspect tried to flee the police. Most protesters are not violent, and they do not meet police officers’ requirements to engage in force. The Philadelphia Police Department has a long history of unconstitutional police brutality.  Unfortunately, they also have a record of shooting and killing suspects who are not a serious threat. Victims of those killed by police brutality have a right to seek compensation through a civil rights lawsuit against the Philadelphia Police Department.

Unfortunately, many instances of police brutality go unnoticed, and the victims never receive Justice. That is why if you’ve been the victim of police brutality, it is essential that you speak with an experienced lawyer as soon as possible. At Abramson & Denenberg, P.C., we have a proven track record of success in helping clients who have experienced police brutality recover compensation. Contact our Philadelphia civil rights law firm today to schedule your initial consultation and learn how we will advocate for you.